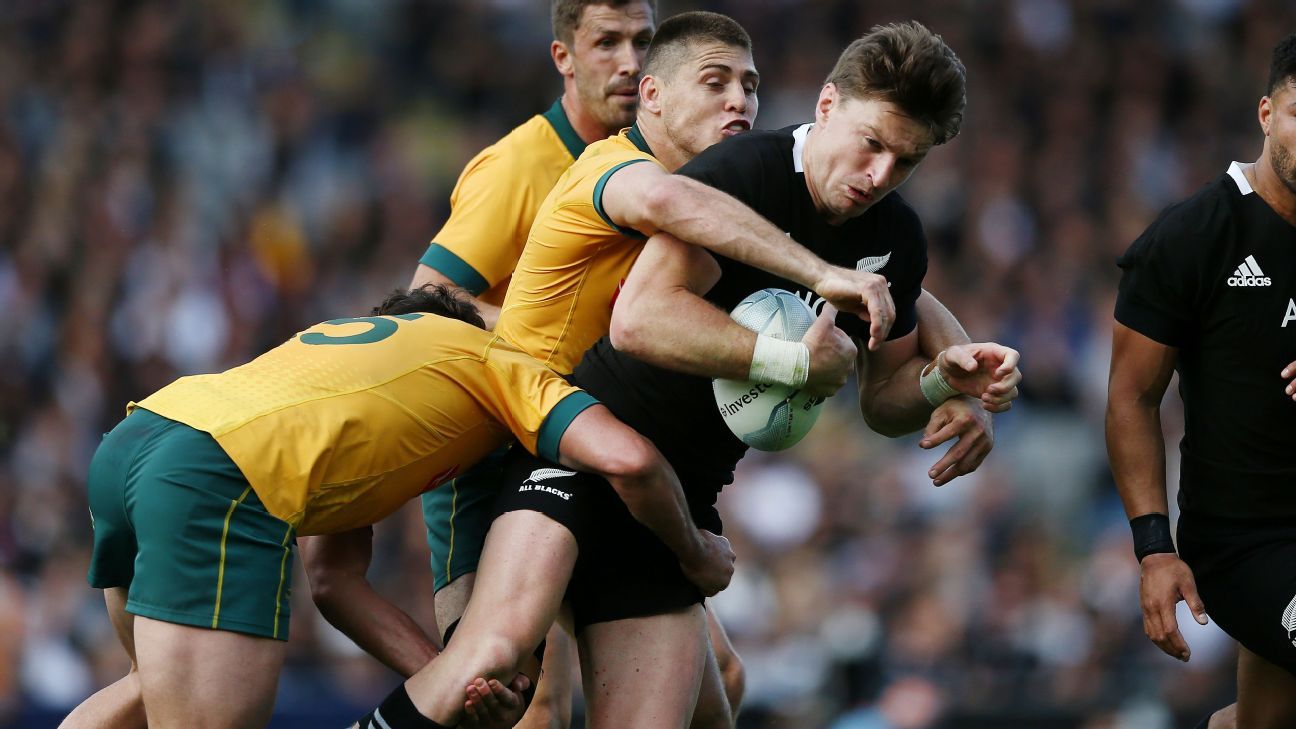 Wallabies attack coach Scott Wisemantel has questioned whether New Zealand actually went “up a notch” in Auckland but admits Australia must bring their A-game on Saturday in Sydney, demanding accuracy as they attempt to level the Bledisloe Cup series.

Missed tackles and turnovers by the Wallabies were costly in the 27-7 loss in the second Test in Auckland and Wisemantel wants to see better in the ANZ Stadium clash.

“We just need to be far more accurate,” Wisemantel said.

Asked for more specifics the coach replied: “Where do you want to go? Defence, attack? Our whole all-round game we’ve got to be more accurate, that’s it.

“We spoke about accuracy and we’ve got to get that right.”

Wisemantel helped England head coach Eddie Jones orchestrate a win over New Zealand in last year’s World Cup semi-final so knows what it takes to knock them over.

He said the Australians had the right mindset but were let down by their execution.

However, he was adamant there wasn’t a “drop-off”.

“There wasn’t a drop-off,” Wisemantel said.

“The problem was we didn’t control the game and were inaccurate and that’s what cost us.

“Did they take it up a notch? Or were we inaccurate?

“If you’re inaccurate against New Zealand, who many say are the best team in the world, then you get punished and that’s what happened.”

The Wallabies will have a new inside centre following Matt Toomua’s groin injury but Wisemantel felt they would be well-covered in the absence of the veteran.

Brumbies back Irae Simone could get his Test debut or Hunter Paisami, who shifted there in Auckland after Toomua left the field, may also wear the No.12 jersey.

“Irae deserves to be in the squad on the back of his performances with the Brumbies,” he said.

“His evolution is a slow burn … he’s changed a few things about himself and was in a great system with the Brumbies and that culmination of two things was a tipping point.”

Among other changes with the team to be named Thursday, veteran fullback Dane Haylett-Petty and exciting outside centre Jordan Petaia could come into the starting side.

“When you look at that attacking shape we can chop and change within that and that’s the beauty of the system that we’re playing,” he said.

“Whoever jumps into that role, we expect them to do the job and do it well, with good skill.”