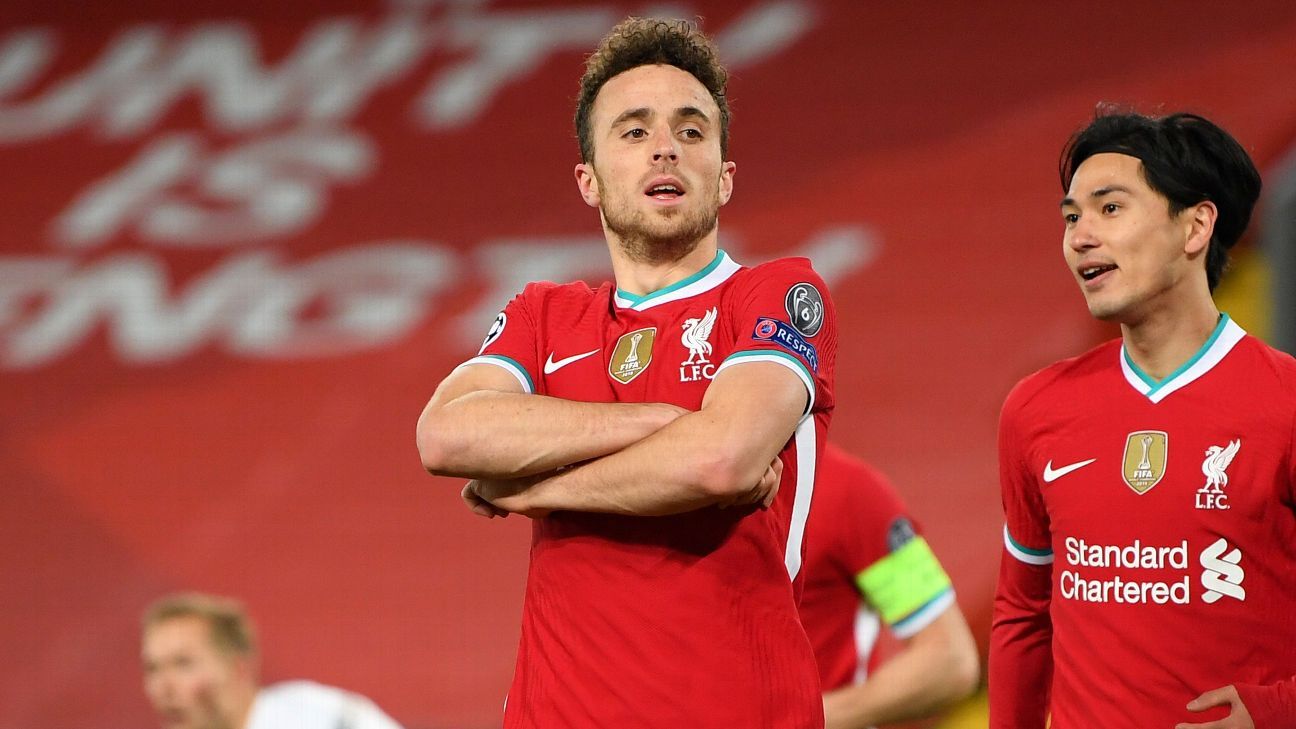 Liverpool sealed a 2-0 win over FC Midtjylland on Tuesday night, though the game won’t exactly live long in the memory for all those who witnessed it. The Reds failed to spark into life for much of the game, with the Danish visitors having the best of the first-half chances in the UEFA Champions League match.

It was Liverpool who eventually took the lead, after some fine work on the right-hand side by Trent Alexander-Arnold provided Diogo Jota with a simple tap-in for the club’s 10,000th goal. Liverpool lost Fabinho to a suspected hamstring injury, while Jurgen Klopp was forced to bring on a number of starters to try to hold onto the win. With seconds remaining, Mohamed Salah smashed home a penalty to secure a 2-0 victory — one that takes Liverpool to the top of Group D on six points.

Rhys Williams looked assured in the back line after coming on, which seemingly provides Klopp with another centre-back option that he can rely on. In addition, the contribution of the full-backs was, as always, exemplary. While Jota’s goal was simple enough, his impressive start to life on Merseyside will do a great deal to convert any remaining cynics.

Liverpool didn’t register a single shot in the first half an hour — a damning stat indeed for the likes of Divock Origi and Takumi Minamino. Both looked well off the pace, while the midfield pivot of Jordan Henderson and James Milner also seemed to lack urgency or intent. The home team did improve as the game wore on, but this very much felt like a Liverpool side that was playing within itself rather than playing to impress the boss.

Manager rating out of 10

7 — Put his faith in a relatively unproven attacking quartet, and almost paid the price for it. Minamino and Origi flattered to deceive, meaning that Klopp was forced into bring on his first-choice front three in the second half. To Klopp’s credit, he recovered after losing Fabinho to injury, and made a clever tactical tweak at half-time by introducing Georginio Wijnaldum. Not one for the highlight reel, but he reacted well.

GK Alisson, 7 — Made an excellent save within the first few minutes of the game, rescuing his side after some sleepy defending. The Brazilian stopper looked formidable whenever he was called into action.

DF Trent Alexander-Arnold, 8 — Assisted Jota’s opener, from a move that the England international also initiated. Excellent in both directions, but on Tuesday, his creativity in particular made all the difference.

DF Joe Gomez, 6 — Slightly wayward distribution, but overall, he played a vital role in helping his side to close out a clean sheet.

DF Fabinho, 6 — Looked good early on but was replaced after just 30 minutes when he appeared to pull his hamstring. For Liverpool, the centre-back position is becoming an ever-pressing concern this season.

DF Andrew Robertson, 7 — As is so often the case, the side wing-backs were instrumental Tuesday. Alexander-Arnold will invariably steal the headlines, but the industrious contribution of the Scot shouldn’t be overlooked, either.

MF Jordan Henderson, 6 — Solid, if nothing else. The captain was replaced at half-time, making way for Wijnaldum.

MF James Milner, 7 — While often wasteful going forward, the veteran midfielder did certainly make up for any creative shortcomings by doing the dirty work to the best of his ability. In the absence of Fabinho, Milner filled in fairly well, contributing with some crucial tackles and interceptions.

FW Diogo Jota, 8 — Scored the opening goal of the game, at a time when Liverpool were massively underperforming. The new signing was certainly the best of Liverpool’s second-string forward line.

FW Xherdan Shaqiri, 7 — Sharp and lively, but the ball never quite sat up nicely for the stocky winger. Nevertheless, he will just be pleased to have gotten some vital minutes.

FW Takumi Minamino, 6 — Showed flashes of what he can do, but all too often lacked end product. Was replaced by Salah on the hour mark.

FW Divock Origi, 6 — Once again, the Belgian failed to sparkle into life, with his first touch being especially poor. It is as if some occasions simply aren’t important enough for the forward.

DF Rhys Williams, 7 — The biggest compliment you can give the young defender is that he looked like he belongs at this level. Given that he replaced a world-class talent in Fabinho, that’s a very good sign indeed.

MF Georginio Wijnaldum, 7 — Added energy and purpose to the midfield after coming on at half-time. A clever move Klopp.

FW Sadio Mane, 6 — Not quite as impactful as Salah, but he certainly gave the away side something to worry about.

FW Roberto Firmino, N/R — Worked hard for the cause late on, but squandered a gilt-edged opportunity to add a second goal.