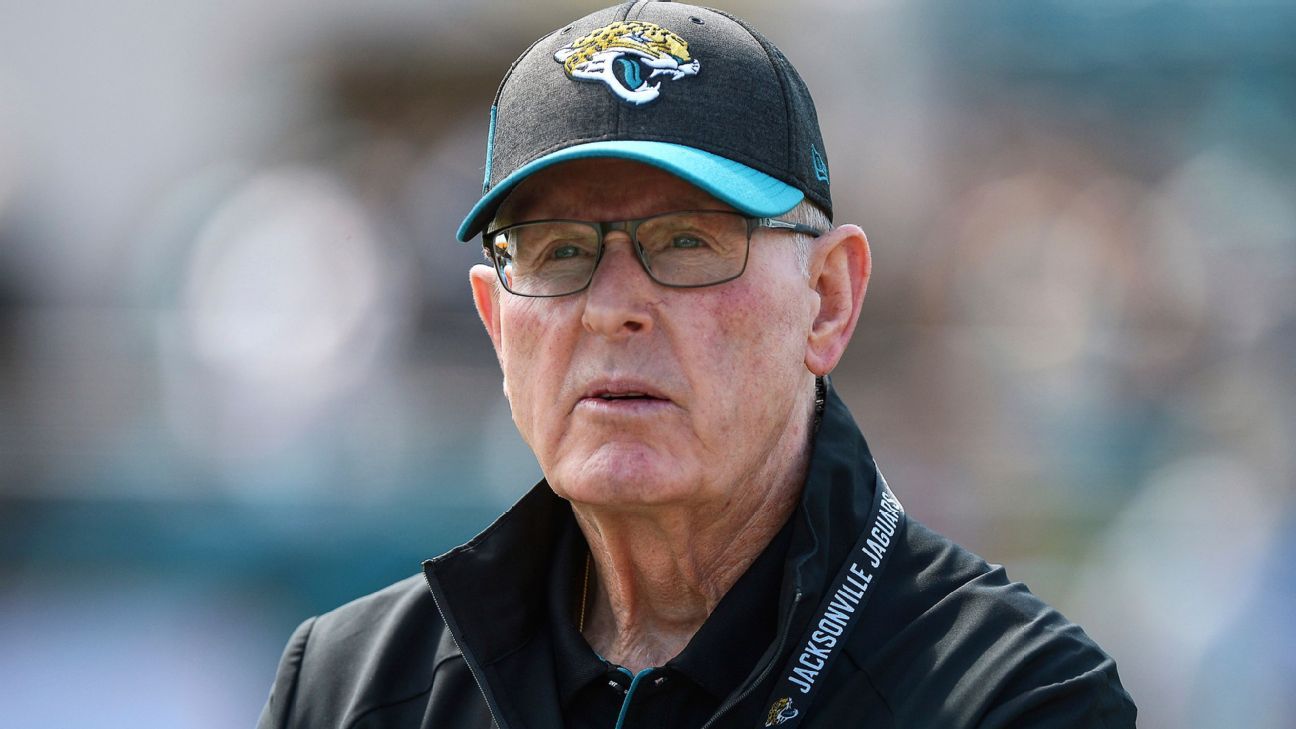 Former New York Giants coach and Jacksonville Jaguars executive Tom Coughlin fractured four ribs, slightly punctured his lung and needed stitches in his head after a bicycle accident last weekend in Jacksonville that left him hospitalized for a night, he confirmed to ESPN.

Another man on a racing bike, in the words of Coughlin, “comes out of nowhere and clips the front of my bike.” Coughlin, who was Jacksonville’s first head coach and general manager, said he thought he was aware of his surroundings, until being blindsided.

Coughlin, 73, first went home before his family convinced him to go to the Baptist Health emergency room, where he underwent X-rays and a CT scan. Doctors told Coughlin he faces a four- to six-week recovery.

Coughlin was Jacksonville’s executive vice president of football operations until he was fired by owner Shad Khan last December, two days after the NFL Players Association warned players to be wary of signing with the franchise, citing excessive fines and player grievances.

A two-time Super Bowl winner in his 12 seasons coaching the Giants, Coughlin built the Jaguars from the ground up as its GM/coach, taking Jacksonville to the playoffs four consecutive seasons in the late 1990s and reaching the AFC Championship Game twice.

Information from ESPN’s Michael DiRocco was used in this report.

Ariel Helwani on a great 2020 for the UFC, except for one big miss: Conor McGregor
How far could the Packers and Seahawks fall? Barnwell predicts NFL teams most likely to decline
Takeaways from the NFL opt-out deadline: Contract impacts, Pats hit hard, more
UFC 252 real or not — Cormier vs. Miocic winner will be heavyweight GOAT; Cormier will retire
‘Recluse’ Serena set to play after 6-month break