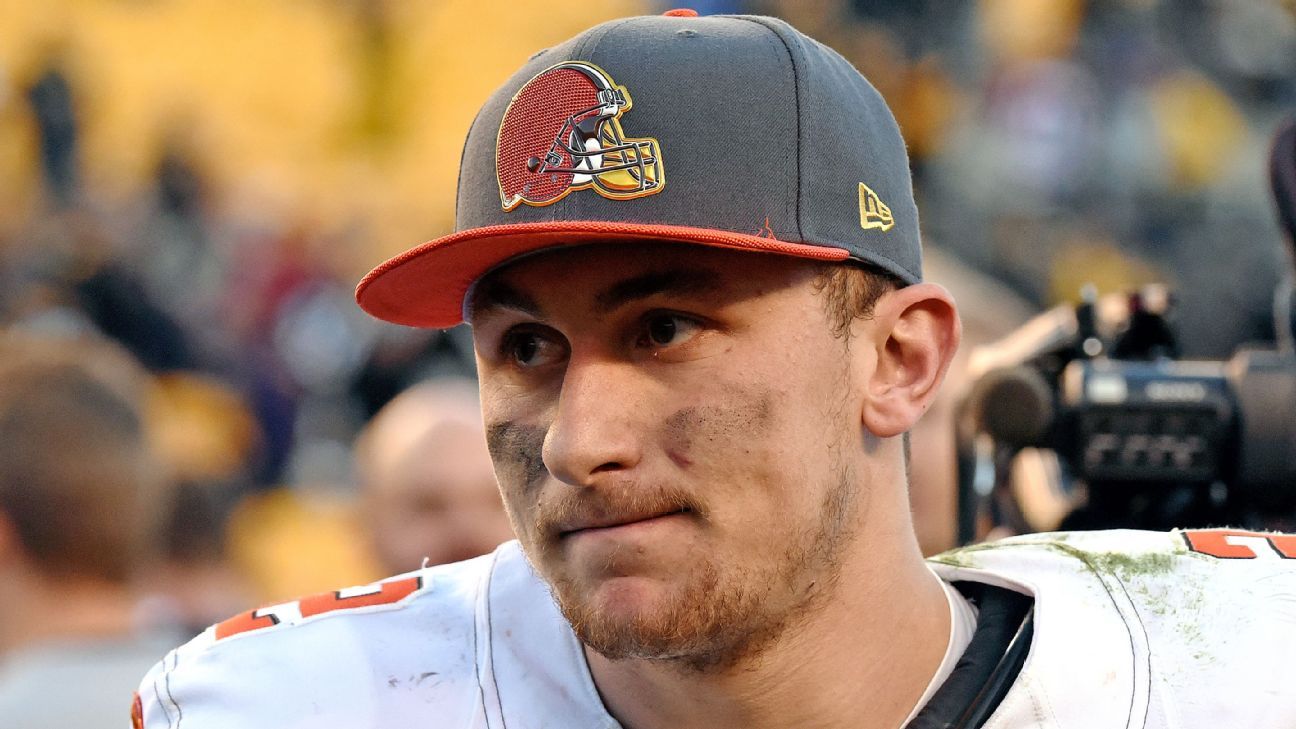 Johnny Manziel is at a point in his life where he’s ready to concede that his football career is probably “in the past.”

The former Cleveland Browns quarterback made the declaration in an interview with the Lubbock Avalanche-Journal for a story that was published Saturday.

“In the past, probably, is the way I’d characterize it,” Manziel told the newspaper when asked about his football career. “I’ve finally got to a point where I’m trying to achieve happiness in life, not happiness on the football field.

“I know a lot of people probably want me to come back and play and give it another chance, but I don’t know, as far as being a person and figuring out life as a young adult — trying to make it and figure it out — if I’ve ever been in a better place than I’m in right now. I can honestly say I’m happy and I’m doing the right things to try and put a smile on my face every day, and that means more to me than going out and grinding on a football field.”

Manziel, 27, last played with the Memphis Express in the Alliance of American Football in 2019, before the league folded. He joined the AAF after being released by the Montreal Alouettes of the Canadian Football League. That league said he couldn’t play for another CFL team.

Cleveland selected the Heisman Trophy winner with the No. 22 pick in the 2014 NFL draft. But after two tumultuous seasons, the Browns released him in March 2016; he posted a 2-6 record as their starter.

“During that time when I got drafted, I didn’t put in the time that I needed to be a great player and I don’t think my heart was in it,” Manziel told the newspaper. “And I think when I went back to Canada, it was the same way. I truly believed and truly thought it was what I wanted to do, and my heart wasn’t in it, and it worked out the way it did.”

Manziel has had several off-field issues. In 2016, a domestic assault charge against him in Dallas was dismissed after he took an anger management course and participated in the NFL’s substance abuse program. In February 2018 interview, he said he had been diagnosed with bipolar disorder and had stopped drinking.

Now living in Scottsdale, Arizona, Manziel told the newspaper that football “humbled” him, and he’s grateful for that.

“Thank God I did get a chance to be humbled, because when you think you’re at the top of the world, it’s a dangerous place,” he said.

He told the newspaper that he was thankful for the impact of Kliff Kingsbury, his former Texas A&M offensive coordinator. He said Kingsbury, now the Arizona Cardinals‘ head coach, is a “guy who’s changed my life for the better and who I’ll always be thankful for.”

His college success didn’t translate to professional football and the label of being a failed NFL prospect has stuck with him, but he told the Avalanche-Journal he is content with what he was able to accomplish.

Ferrari forced to make a major redesign of their car
Daniel Abt gets new Formula E seat with Nio 333 after Audi sacking
MLB Stock Watch: How much has changed for all 30 teams since we saw them last
Judges question search warrants in Kraft case
Alex Zanardi: Ex-F1 driver has second operation after hand cycle accident