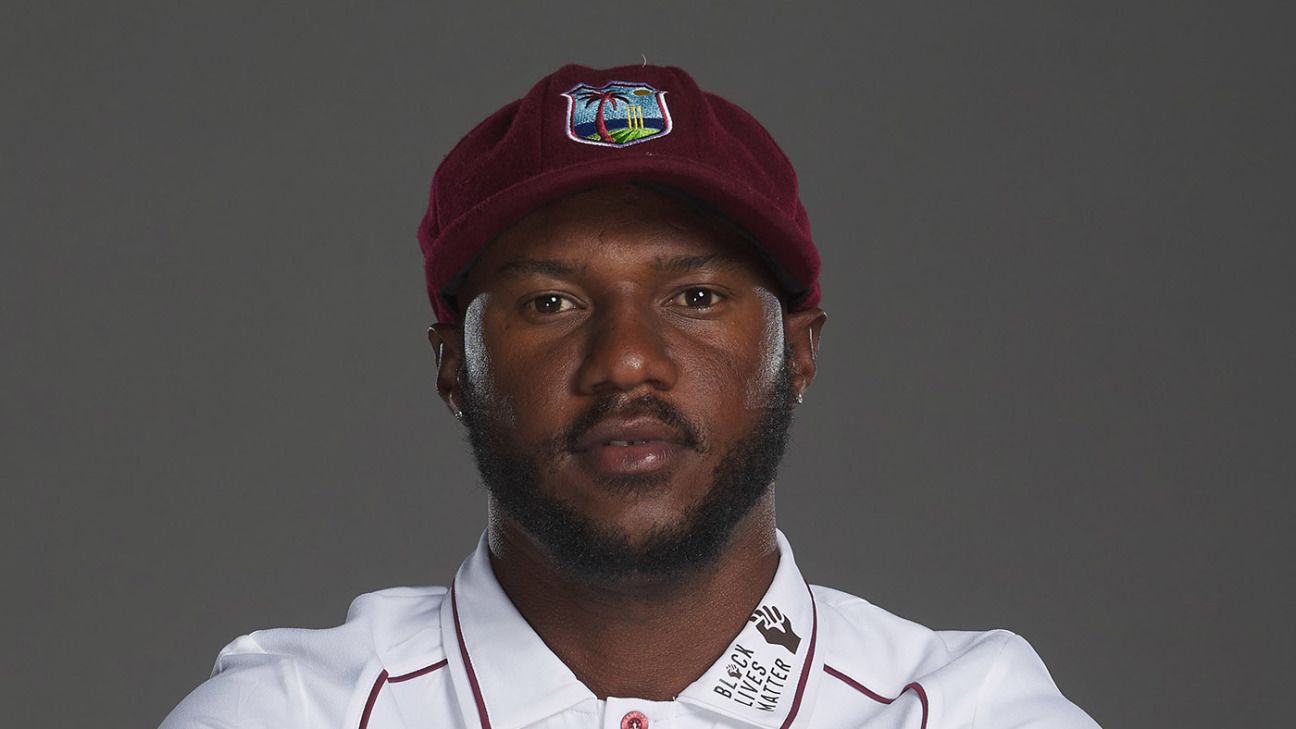 Jermaine Blackwood believes he has something to prove against the world’s leading bowlers, should he find himself back in West Indies’ line-up for the upcoming Test series against England.

A measured 112 not out against England in April 2015, in just his sixth Test, remains Blackwood’s only international three-figure score. Having been dropped two-and-a-half years after that century in Antigua, he was a concussion substitute last August and regained his place in the Test squad to tour England after topping the run-charts in the Caribbean’s domestic four-day competition.

Earlier this month, Blackwood told ESPNcricinfo his “new way going forward” was to “bat as long as possible”. Now that he is in a position to make the XI for the first Test at the Ageas Bowl on July 8, Blackwood said that remained the plan, rather than going gung-ho from the off.

“Over the years people have got the wrong impression about me, like I’m a ball-beater or whatever,” Blackwood told the Press Association after the first day of West Indies’ four-day intra-squad warm-up match at Emirates Old Trafford was washed out on Monday.

“It’s been two-and-a-half years that I’ve been out of the Test team. This opportunity has come out and I have to grab it with both hands. I have something to go out there and prove against all the best bowlers in the world, I want to score runs against them.”

Blackwood’s ton came against an attack featuring James Anderson, Stuart Broad and Ben Stokes, a trio who will almost certainly line up for England in Southampton.

A career average of 30.26 in 28 Tests swells to 55.33 in six matches against England, so it is little wonder Blackwood is relishing the chance to face the same opposition.

“Anderson and Broad are two world-class bowlers so whenever I get the chance, once I bat some time against them I know I will score runs. They are wonderful bowlers but once I can wear them down and let them bowl spell after spell, that is going to be the key thing for me in this series.”

Blackwood made 3 and 15 in West Indies’ first intra-squad warm-up last week and his hopes of pressing his claims in the second practice match were dented as intermittent showers conspired to frustrate the squad’s preparations. The match represents the final chance for those on the fringes of the side to push their case for the first Test.

Whereas the first practice game between Kraigg Brathwaite’s XI and Jason Holder’s XI was played out amid a heatwave last week, several downpours and a strong gust were the order on a dreary Monday in Manchester.

Any prospect of play was officially ended just before 3pm and it is understood that the idea to award the match first-class status has been scrapped, potentially allowing all 25 members of the squad to feature at some point.

The initial team-sheet was missing wicketkeeper-batsman Shane Dowrich , who hurt his side in the first warm-up match, and fast bowlers Oshane Thomas and Keon Harding, but there is now no reason why any of the trio should be ruled out of contention altogether. Harding suffered a facial cut when he was struck while attempting to field the ball during that earlier game.

West Indies have announced that a Black Lives Matter logo will be displayed on their shirts in the series against England but, for this contest, they will line up in the maroon and navy training kit they wore last week.